This blog post is marked as an advert (AD) because I received tickets and a programme free of charge in return for creating this content. I aim to be transparent in order to retain your trust and hope that you will continue to support the Thrifty Mumma Thrifty Bubba blog and social media channels.

Michael Jackson is famous for his chart topping career as a talented writer, singer, dancer and choreographer.

Direct from London’s West End, Thriller Live is the latest show to hit the stage of The Everyman Theatre, Cheltenham documenting the hits of the Jackson 5 and Michael Jackson’s solo career.

Fronted by a quartet of vocalists, the staging is set like a concert with high octane choreography executed by a company of talented dancers and backed by an excellent live band. Clever lighting, visual and special effects complete the illusion of attending a sold out tour date.

Thriller Live focuses on Michael Jackson’s music rather than his personal life so don’t expect a biopic but do expect to be on your feet dancing along to pop, rock and r’n’b classics such as Billie Jean, Smooth Criminal and Blame it on the boogie.

Jason Brock shared a sensitive and thoughtful performance of the heartfelt ballad She’s out of my life and a powerhouse rendition of Dirty Diana accompanied by a mesmerising duo of dancers.

Joseph Thomas showed flair for performance throughout and his vocal remained strong across all of Jackson’s multi-faceted hits.

Britt Quentin, the resident director and vocalist, shared his incredible talent and his likeness to Jackson in appearance, stature and vocals was astounding. Looking away and just listening, it was as if Michael Jackson himself was singing live.

Just as relevant now as they were then, the full cast renditions of They don’t care about us and Earth Song were thought-provoking and powerful as the enraptured audience were transfixed.

Multi-faceted, complicated dance routines including moonwalks, anti gravity leans and hip thrusts were effortlessly executed by Kieran Alleyne and the strong team of dancers who wowed the crowd and clearly demonstrated their passion for performing.

At the height of his musical success, Michael Jackson received numerous Grammy awards in reflection of his talent and Thriller Live seeks to showcase the tremendous impact this solo star had on music across the globe.

Thriller Live is an energetic, physical celebration of Michael Jackson’s music and dance, set to thrill people of all ages.

In fact, the audience were singing the hits all the way to the car park and I wouldn’t have been surprised to see a flash mob dance such was the post show atmosphere! Catch Thriller Live yourself showing at The Everyman Theatre, Cheltenham until Saturday 14th March.

Have you seen Thriller Live? What’s your favourite Michael Jackson hit? Comment below and let me know. As always, thank you so much for reading!

To book tickets or for more information please visit: www.everymantheatre.org.uk

View all posts by thriftymummathriftybubba 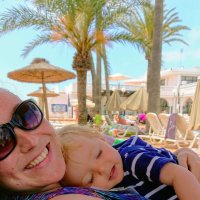 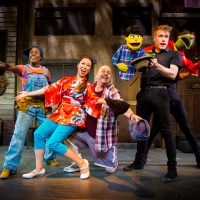